If you’ve ever had your eyes checked—and if you haven’t, you definitely should—you’re probably familiar with the part of the exam that involves you covering one eye and reading off a series of lines of seemingly random letters from a poster on the other side of the room. But have you ever wondered how that familiar eye exam came about?

The origins of eye exams in Cape Cod, MA can be traced back to ancient civilizations. Some of the earliest cultures used stargazing as a way to test someone’s vision. If you could point out certain constellations, your vision was good. If not, well, let’s just say you might be staying home during the next hunting trip!

The earliest eye test recorded was a naked eye test that used the double star of the Big Dipper. The second star from the end of the handle of the Big Dipper is an optical double star. If you could perceive the separation of these two stars, you passed the test and your vision was considered good. Today, we refer to this ancient eye exam as the Arab Eye Test.

Fast forward to 1862 and over to the Netherlands, where we find the next major development in the history of the eye exam: the Snellen eye chart. Herman Snellen was a Dutch ophthalmologist, eye surgeon and professor. He found that an efficient way to test someone’s eyesight was to have them read an ever shrinking line of random letters from across the room. It’s actually the chart created by Snellen that you will still find in your optometrist’s office today.

Snellen is responsible for the term “20/20 vision” that we use today, which is actually a measurement in feet or how far away you can accurately read the letters on the Snellen chart. Snellen’s chart provides a more accurate way to pinpoint how far someone’s visual acuity deviates from the perfect 20/20 standard.

Today, you’ll find that we have some very advanced equipment to conduct our eye exams in Cape Cod, MA. Thanks to inventors like Hermann Von Helmholtz and Herman Snellen, our optometrists today have the tools to help accurately measure your vision and help you achieve better eyesight. So the next time you come in to our offices for your eye exams in Cape Cod, MA, you can appreciate the handiwork of some of the world’s earliest eye specialists. 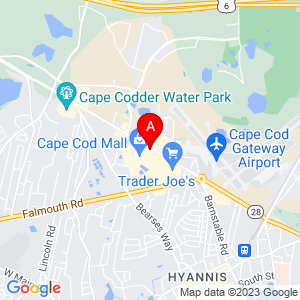